Skip to content
You are here
Home > Posts tagged "google" 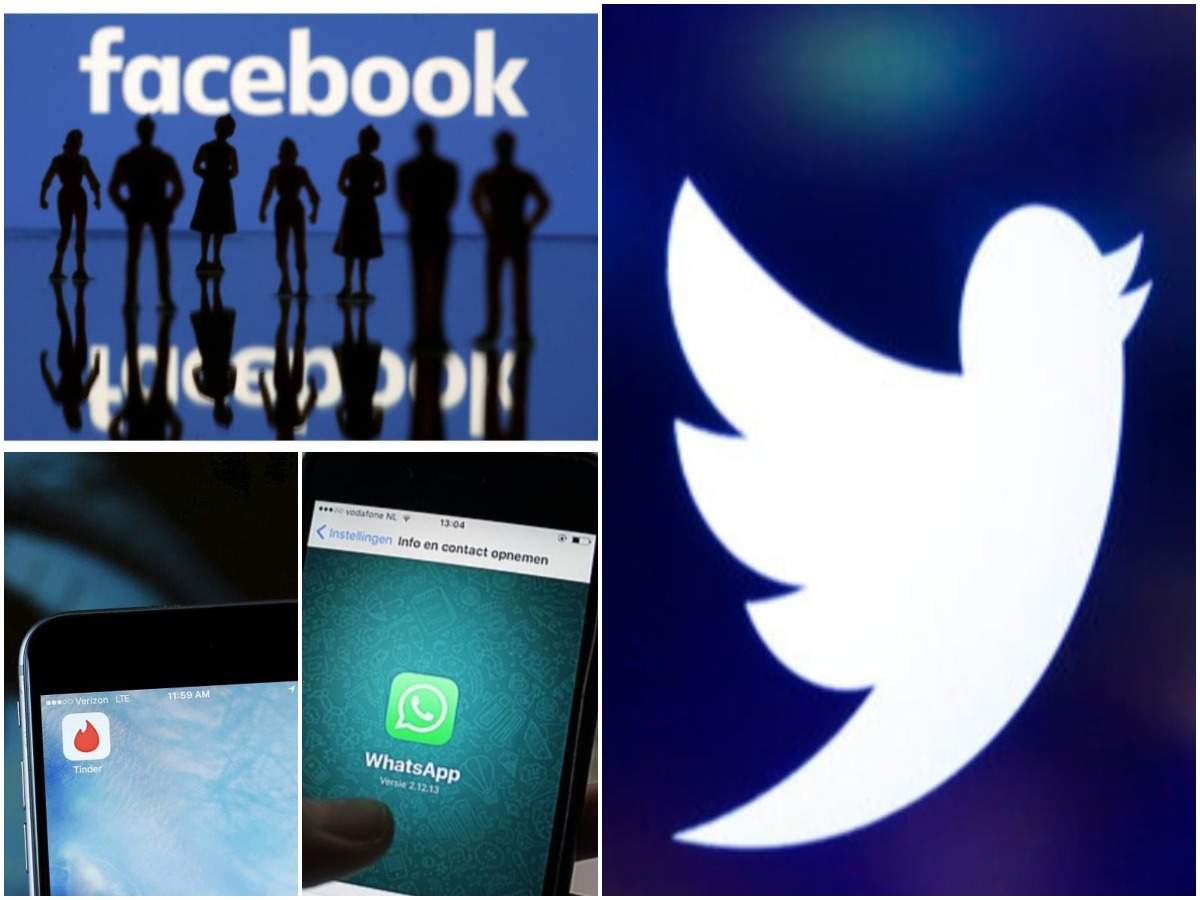 India recently blocked 59 China-linked apps. However, ban on international websites and apps is not new in China. The country follows very strict internet censorship, known as Great Firewall of China, existing since more than a decade. Intenet in China is a world unto itself, where government monitors content and the word's most-popualr websites and apps are not easily accessible. Though China has never publicly revealed and acknowledged details about its tight grip on internet, the policy reportedly includes blocking of certain IP addresses, filtering specific URLs and keywords. Here are some of the biggest websites and apps that are blocked in China. var secname="";

Representative imageNEW DELHI: A day after the government ordered the “blocking” of 59 Chinese apps, some of them, such as TikTok and Club Factory, decided to approach the Centre seeking to clarify their position, while maintaining that they were compliant with Indian regulations. The statements came as Apple and Google said they were yet to receive official communication to remove all the 59 Chinese apps from their platforms. As a result, some of the apps such as CamScanner could be downloaded on devices even on Tuesday — 24 hours after the ministry of electronics and IT announced the government decision to “block” apps since they were seen to be accessing devices and unauthorisedly sharing data. Apple has received an

NEW DELHI: TikTok on Tuesday said it is in the process of complying with the government's order on blocking of the app, and asserted that it has not shared information of Indian users with any foreign government, including that of China. The short video-sharing company said it has been invited to meet with concerned government stakeholders for an opportunity to respond and submit clarifications. India on Monday banned 59 apps with Chinese links, including hugely popular TikTok and UC Browser, saying they were prejudicial to sovereignty, integrity and security of the country. Meanwhile, TikTok app has been taken down from Google Play store and Apple App store. According to sources, TikTok has taken down the app from these app Like it or not — or perhaps most are used to them by now — but video calls are here to stay for good. Apps like Zoom might have lost their novelty factor but with more people getting used to them, it’s time for competition to outdo each other. Google, as per an online report, is working on a number of features for Meet, its video-conferencing application. According to a report by 9to5Google, the Mountain View-based tech giant is working on a feature that will let users blur backgrounds or replace them completely. Users will have a lot of default options or they can choose their own preferred backgrounds. The report states that admins on group meetings will have the

Burger King says in a test market featuring the Impossible Whopper in April there was a big bump in foot traffic.Impossible FoodsImpossible Foods is known for its plant-based meat alternatives, but it's expanding its breadth of products, buoyed by a cultural movement, an unforeseen pandemic and — in true Silicon Valley fashion — science. On Tuesday it announced that its Impossible Breakfast Sandwich has been added to Starbucks' menus and most  of its locations in the U.S.With 22g of protein, the Impossible Breakfast Sandwich features savory Impossible sausage made from plants, which is combined with a cage-free fried egg and aged cheddar cheese and served on an artisanal ciabatta bread."Starbucks' commitment to add more plant-based ingredients to its menu is

Sundar PichaiBloomberg | Getty ImagesGoogle employees are signing an internal petition, calling on the company to stop selling technology to police departments.The letter, with the headline "No Police Contracts," began circulating last week and has been signed by more than 1,100 employees, who identify themselves as part of "Googlers Against Racism." The document, which CNBC viewed, asks CEO Sundar Pichai to "take real steps to dismantle racism," and alleges that Google is "profiting" off racism with business contracts."We as a society have moved past the point where saying Black Lives Matter is not enough, we need to show it in our thinking, in our words and in our actions that Black lives do matter to us," the petition says. "The

(Representative image)PARIS: France's highest administrative court has upheld a fine of 50 million euros ($56 million) Google was ordered to pay for not being "sufficiently clear and transparent" with Android users about their data protection options. Google was first slapped with the fine in January 2019, the first penalty for a US tech giant under new European data privacy rules that took effect in 2018. Google appealed the penalty issued by the French data privacy watchdog to the Council of State, France's final arbiter in such cases. The council ruled on Friday that the National Data Protection Commission had the right to sanction Google and that the fine was not disproportionate, "given the particular seriousness" and duration of Google's

Google CEO Sundar Pichai speaks during the Google I/O keynote session at Shoreline Amphitheatre in Mountain View, California on May 7, 2019.Josh Edelson | AFP | Getty ImagesGoogle and Alphabet CEO Sundar Pichai told employees it will commit to more than $175 million toward funding more Black businesses, as well as increase Black representation in leadership. It will also end peer badge-checks, which some employees have said encourage racist behavior."Over the past several weeks, violent and racist attacks against the Black community have forced the world to reckon with the structural and systemic racism that Black people have experienced over generations," Pichai said in a blog post Wednesday. "My own search for answers started within our own walls." The commitments

Amitabh Bachchan is one of the legendary Bollywood stars who has several blockbusters under his belt. Apart from acting, Amitabh has a keen interest in poetry and audio dubbing as well. From giving his deep and rich voice to various radio ads to dubbing movies, Amitabh might now lend his voice to Google Maps, according to reports making rounds on the internet. If sources are to be true, then Google Maps is currently in talks with Big B to lend his voice for all navigation instructions in the country. As per the current situation, the actor will have to do the voice recording from home to maintain safety and social distancing norms. So far there’s no confirmation from either 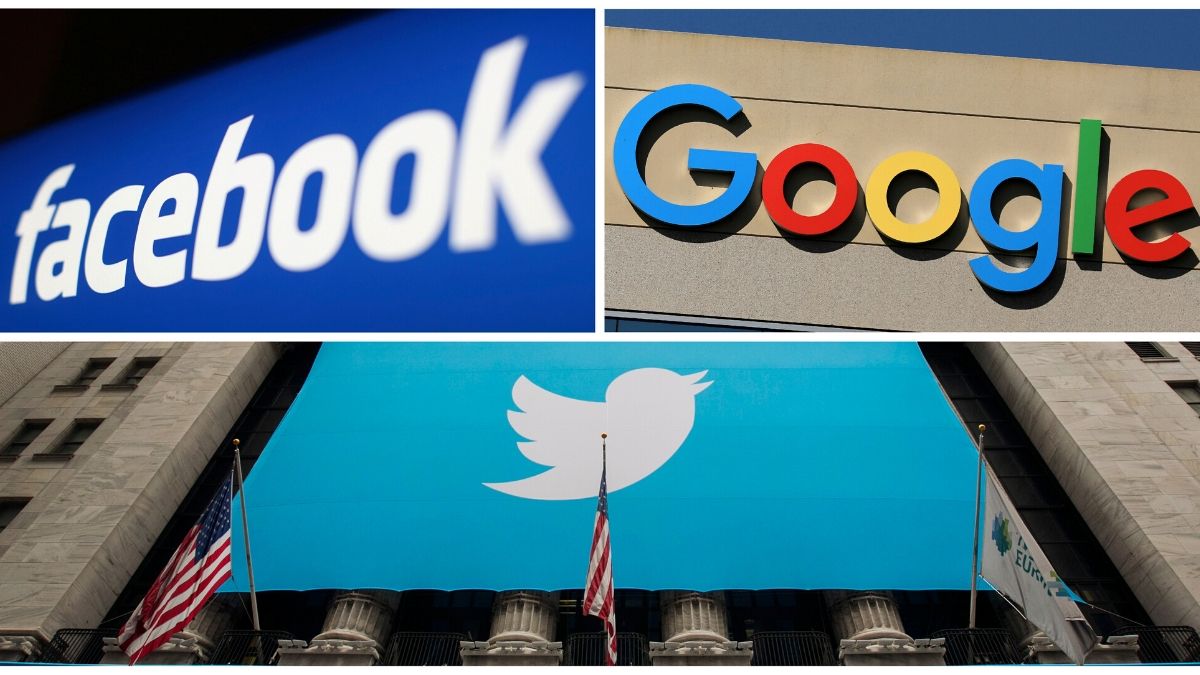 Facebook, Google, and Twitter should provide monthly reports on their fight against disinformation, two senior EU officials said on Wednesday as they called out Russia and China for their roles in the spread of fake news.The comments by EU foreign policy head Josep Borrell and the European Commission's Vice President for values and transparency Vera Jourova underscore the bloc's concerns about the prevalence of misleading news on COVID-19 and the attempts by foreign actors to influence Europe."It really showed that disinformation does not only harm the health of our democracies, it also harms the health of our citizens. It can negatively impact the economy and undermine the response of the public authorities and therefore weaken the health measures," Jourova told